Challenging the leadership gap: the Governor of New South Wales 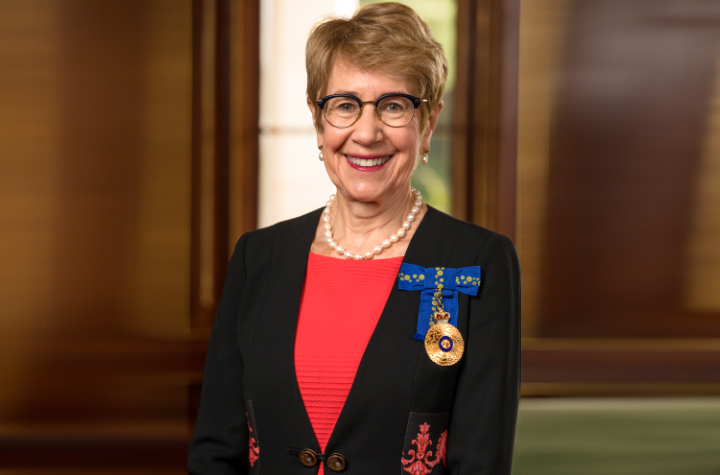 IWD reflections from a former Australian Federal Court judge, the first woman to sit exclusively in that court.

‘G’day’ in the language of the Gadigal people of the Eora Nation, the traditional owners of the land on which we meet. I pay my respects to their elders past, present and emerging, and extend that respect to all Aboriginal and Torres Strait Islander peoples.

We are just a short walk here from Barangaroo, a patch of Sydney named after a powerful Cammeraygal leader of the Eora Nation at the time of European colonisation. She was observed to be a determined and persuasive character, refusing to visit my predecessor Governor Phillip, standing up for fair treatment, and holding steadfastly to her culture.

Grace Karsken, Associate Professor of History and Philosophy at UNSW, writes that the officers that met her found her very striking but also a little frightening. She had presence and authority.

Karsken tells of one occasion when the colonists invited her to watch a flogging where she says Barangaroo became disgusted and furious, and tried to grab the whip out of the flogger's hands.

My sense is that Barangaroo would endorse the 2021 Theme of International Women’s Day: Choose to Challenge, and that she would admire the women in this room working in the social and affordable housing industry.

For 110 years, International Women’s Day has been a day to celebrate the achievements of women, reflect on progress made in women’s rights and to call for an end to gender inequality.

In my own lifetime, in my career as a lawyer and as a judge, I have seen progress. But I’d have to say the headline from an article written six years ago still resonates. It read Women’s equality: the pace of change is glacial. Applying some heat may be part of the remedy to get a glacier moving.

For you there are areas of great concern, particularly with the massive issue of homelessness for older women.

The 2019 background paper of the Australian Human Rights Commission told us that:

Going on to say: “It is likely this trend will continue given the ongoing shortage of affordable housing, the ageing population and the significant gap in wealth accumulation between men and women across their lifetimes.”

Further research last year estimated that 400,000 women over 45 are at risk of homelessness in Australia. A harrowing account in the Herald last year, including detailed stories of a number of these women, declared:

“Homelessness isn’t a lifestyle choice: it’s a system’s failure. Unless these failures are addressed, say experts, the crisis is only going to get much worse.”

When we start to discuss challenging the leadership gap there will be many threads, but this notion of systems failure is bound to be a feature.

For now, let me leave you with this thought: Our society will be so much less than it can be if these gaps continue to persist.

Janelle Weissman, the Executive Director of UN Women Australia, puts it this way:

Advancing women in leadership is central to creating more profitable and productive economies, maintaining peace, stability and a healthier planet. More women in power also sends a message to girls and young women that they belong in leadership roles.

I reckon Barangaroo would approve.‍

This keynote speech was made by Her Excellency the Honourable Margaret Beazley AC QC at our IWD Challenging the Leadership event in Sydney.

Prior to her appointment as Governor, Her Excellency had a distinguished 43 year law career. Appointed Queen’s Counsel in 1989, in 1993 she was made a judge of the Federal Court of Australia, the first woman to sit exclusively in that Court. In 1996 she became the first woman appointed to the New South Wales Court of Appeal and, subsequently, the first woman to be appointed as its President. In 2020 her Excellency received a Companion of the Order of Australia and has a deep commitment to education, youth leadership, human rights and social justice.

Launch Housing: On a mission to achieve zero homelessness

Read the article:
SPOTLIGHT ON

How to build an elite team: Zoe Routh